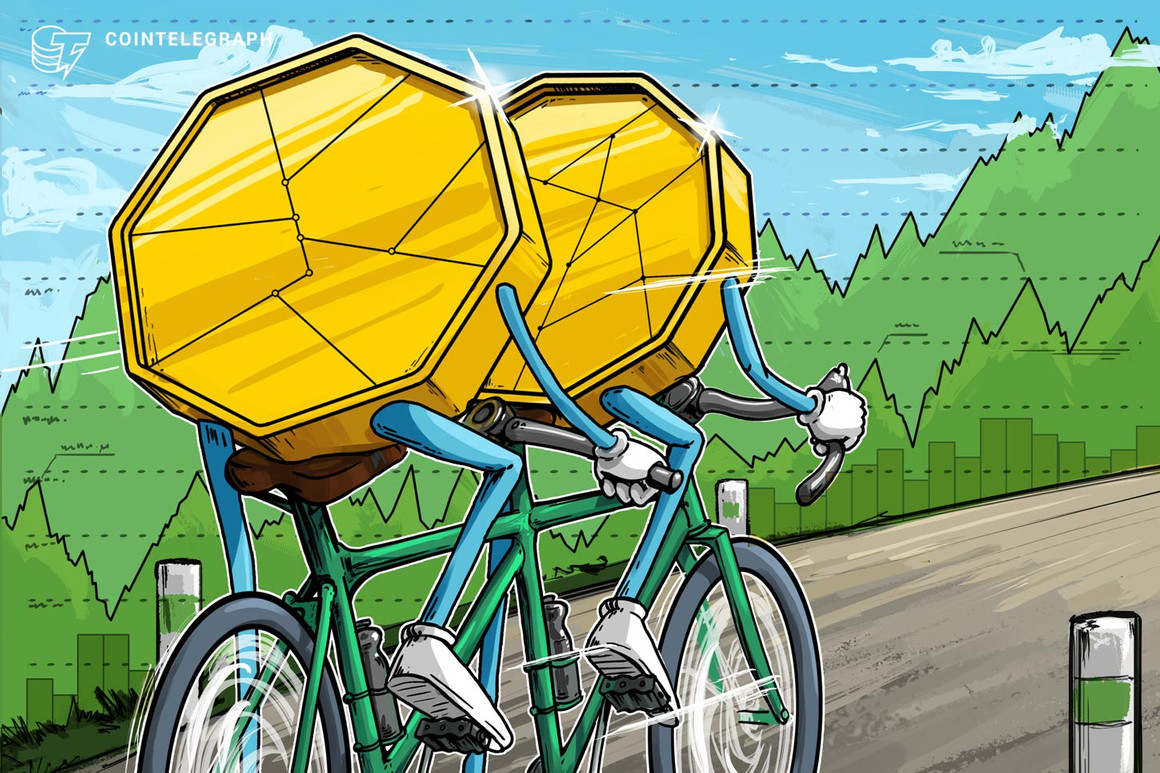 The growth of the stablecoin sector within crypto has been one of the most impactful developments of  2021. In particular, stablecoins became integral to the expanding decentralized finance (DeFi) ecosystem as their total value eclipsed $162 billion, according to CoinMarketCap.

One project that has seen its token price surge thanks to its focus on stablecoins and the Curve Finance (CRV) ecosystem is Convex Finance (CVX), a protocol that aims to help users boost CRV staking to maximize yields.

Data from Cointelegraph Markets Pro and TradingView shows that since hitting a low of $18.79 on Dec. 4, the price of CVX surged 215% to establish a new record high at $60.22 on Dec. 27. Over the same period, its 24-hour trading volume spiked from an average of $20 million to more than $163 million.

Three reasons for the new all-time high for CVX include the launch of new assets on the protocol, the listing of the CVX token on several prominent exchanges and the continued growth in total value locked (TVL) on the Convex protocol.

The launch of new assets and LP pools

One reason for the building strength of Convex Finance in December has been the addition of new assets, including new opportunities to provide liquidity in support of the Convex platform. Most recently, Convex announced that it would be expanding beyond its focus on Curve Finance by adding support for the up-and-coming Frax Finance stablecoin ecosystem.

On top of the addition of a new stablecoin protocol to its ecosystem, Convex also launched an Ether/CVX pool on the Curve v2 protocol as well as a new CRV/Ether pool on Convex that offers a projected yield of 178.49%.

A second factor that helped boost the price and trading volume of CVX was the listing of the token on several prominent exchanges, including Binance on Dec. 22 and Huobi Global on Dec. 23.

CVX also received a boost to its value on Nov. 26 when the token was listed on the cryptocurrency exchange OKEx.

Related: 3 reasons why Curve (CRV) price is trending toward a new 1-year high

A third element that points to the growing strength of Convex Finance is the total value locked on the protocol, which hit a new record-high of $19.49 billion on Dec. 29, according to data from Defi Llama.

The steady climb in assets locked on the protocol has elevated Convex Finance to the third-ranked protocol in terms of TVL in all of DeFi behind Aave, which reports total liquidity of $26.56 billion across all supported networks, and Curve Finance, which has a current TVL of $23.14 billion.

As the Convex ecosystem expands and continues to add support for projects like Frax and potentially TerrraUSD (UST) in the future, the protocol’s TVL is likely to continue to rise and could potentially surpass that of Curve Finance as it incorporates other stablecoin protocols.

The views and opinions expressed here are solely those of the author and do not necessarily reflect the views of Cointelegraph.com. Every investment and trading move involves risk, you should conduct your own research when making a decision.

3 reasons why Convex Finance surged 215% in December to hit...

Admin - December 29, 2021 0
The growth of the stablecoin sector within crypto has been one of the most impactful developments of  2021. In particular, stablecoins became integral to...

New to crypto trading? Here are 5 tips on how to...

Three Dominant Trends in the Future of Blockchain Gaming

Who is Satoshi Nakamoto? Elon Musk’s Latest Guess Comes as No...

3 reasons why Convex Finance surged 215% in December to hit...

New to crypto trading? Here are 5 tips on how to...